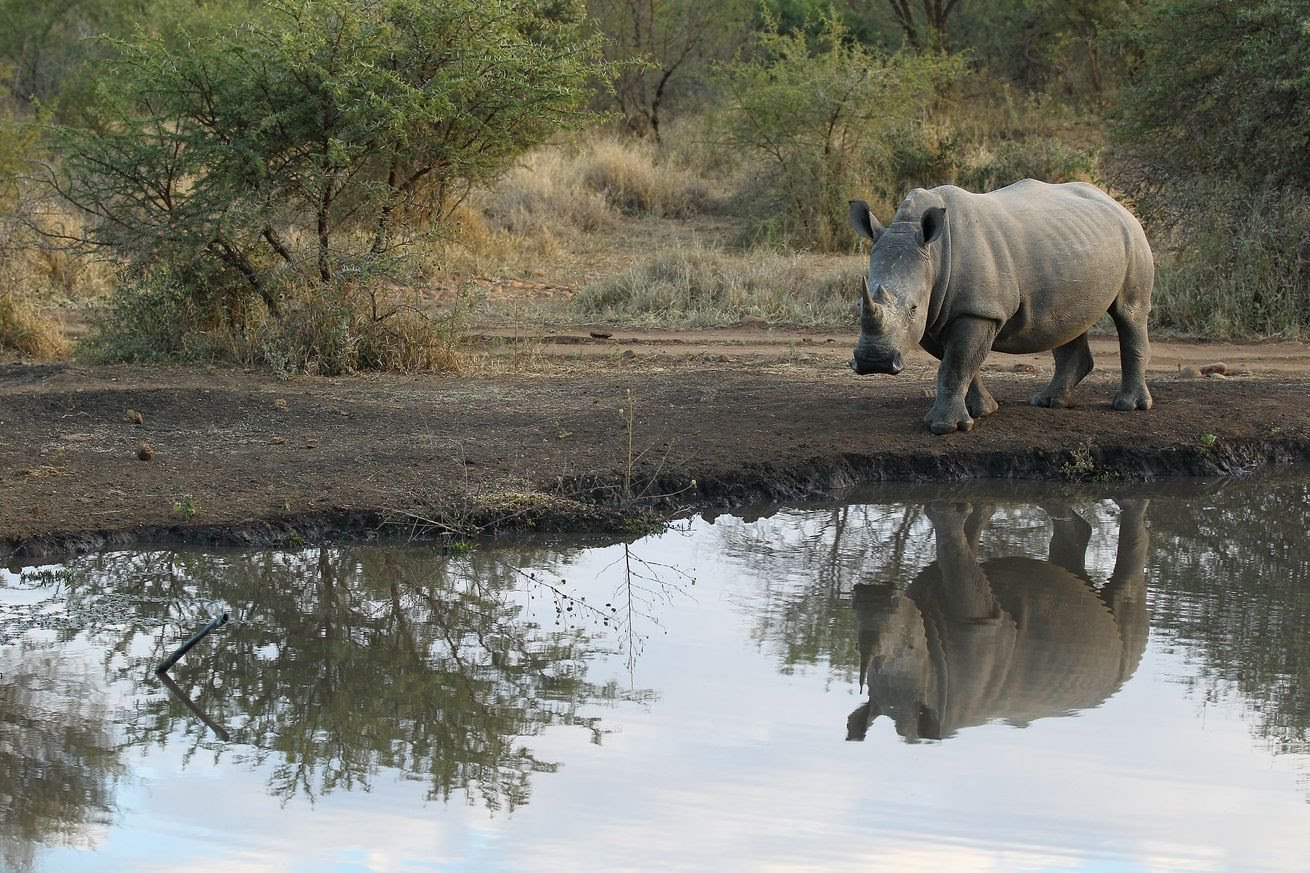 Security has long been a major concern at wildlife reserves in Africa, where rhino and elephant populations have been decimated by poachers in recent years. But a park in Rwanda is betting on a new networking technology to change that.

This week, Rwanda’s Akagera National Park launched a new system that allows park rangers to monitor animals, visitors, and equipment in real-time. Developed by the Dutch conservation organizations ShadowView and Internet of Life, the so-called “smart park” system is based on a Long Range Wide-Area Network (LoRaWAN) — a low-bandwidth, low-power networking technology that can blanket large areas at relatively low costs.

LoRaWAN technology has already been used to develop internet of things (IoT) networks in Amsterdam and other “smart cities;” the groups behind the smart park think it could help keep poachers off protected lands, as well. Unlike easily interceptable radio frequencies, commonly used to track animals in other parks, the smart park’s signals are sent on a closed network across multiple frequencies, making the network more difficult to access. And LoraWAN systems are far less expensive than satellite-based tracking, offering an extra advantage to cash-strapped parks. As the system evolves, it could also provide a valuable source of real-time data to help managers and rangers respond to incidents across the 433-square-mile park, where 3G and 4G connections are unreliable.

So far, animal tracking technology has been something of a double-edged sword. Parks and scientists have used radio signals to track threatened species, but a paper published earlier this year warned that poachers may be using VHF receivers to intercept such signals. Poachers in India, the study noted, tried to hack GPS trackers that were placed on Bengal tigers. Tim van Dam, the founder of Internet of Life, says the smart park system would be far more secure because its signals are sent across frequencies that constantly change, and the data sent across it is encrypted.

“What we’re trying to create is like a Jurassic Park, but to keep the bad guys out and without the dinosaurs, of course,” says ShadowView founder Laurens de Groot. “What we’d like to do is make everything measurable inside the park. And when you know that information, you can predict where things might be happening, and you can plan ahead and make the right decision on how to protect certain areas.”

The LoRaWAN network is created from gateways within 12 towers placed at high-elevation points around the park. One hundred solar-powered sensors placed within the park send constant signals to the gateways, which are then relayed to a central control room where officials can track their location in real-time. (The system can be scaled up to incorporate 100,000 sensors, according to van Dam.) The sensors can be used to monitor the location of tourist vehicles and park staff, or to check the status of electric fences and other infrastructure.

Van Dam, whose organization installed a smaller version of its smart park in Tanzania last year, says the next step will be to place the sensors on animals, which is “a whole different ballgame, because every animal needs a different approach.” But he notes that the sensors are small enough to be placed inside a rhino’s horn or under its skin.

Such sensors could also collect valuable data for researchers, though van Dam says his organization’s immediate goal is to combat poaching. Although African populations of the black and white rhino have rebounded in recent years, according to the World Wildlife Fund (WWF), they remain under threat from poachers. African elephants are under similar threat, with populations dropping from 3 to 5 million at the beginning of the 20th century to about 415,000 today, according to the WWF. Both rhino horn and ivory elephant tusks are highly valued on the black market in Asia.

“Research is really important, of course, but this is a war,” van Dam says. “We will be generating really valuable data for research, but this is not the primary focus of the system,” he adds.

“NO TECHNOLOGY IS A SINGLE PANACEA TO PREVENTING CRIME.”

Faye Cuevas, chief of staff of the International Fund for Animal Welfare (IFAW), says the smart park system “looks very sophisticated and can have an important role in improving wildlife security,” though she cautions that “no technology is a single panacea to preventing crime and keeping wildlife service rangers safe in their mission to protect wildlife.” Cuevas, who leads the IFAW’s anti-poaching program in Kenya, said in an email that the value of the system depends on how its data is analyzed, and “that type of analysis takes human eyeballs and algorithms to integrate the threat picture with the data being collected.”

Van Dam and de Groot hope to eventually incorporate live video feeds in the network at Akagera, which is home to the African elephant, black rhinoceros, cape buffalo, African lion, and African leopard — animals collectively referred to as the “big five” because of their high desirability among big game hunters. And although they acknowledge that poachers will continue their efforts to infiltrate national parks and reserves, whether through corruption or technical means, they hope that the smart park system can at least allow authorities to stay one step ahead.

“Most of the time, in the Western world, we’re chasing the guys who are already ahead of us with new technology,” says de Groot, a former police officer. “In Africa, in these parks, we have an opportunity, with the technology we’re using, to stay ahead of the bad guys.”

“So they might come up with a solution to avoid our technology, but hopefully by then we’ll have something else in place.”